THEY SAY that the cure for Love will make me happy and safe forever. And I've always believed them. Until now.

Now everything has changed. Now, I'd rather be infected with love for the tiniest sliver of a second than live a hundred years smothered by a lie.

I wish I could close my eyes and be blown into dust and nothingness, feel all my thoughts disperse like dandelion fluff drifting off on the wind.


Oh dear, how can you not fall in love with a writing, beautifully written like that?

I've read Delirium last year, and I have to say I was disappointed; with the cover I had, and the translation itself.

In Lena's world, the word love was dangerous; they could not whisper it, even say it out loud. They could not love. They were convinced that love was a disease that would try to eat you alive; to kill you, to make you be the prey, while it was the predator.

They were convinced that to love and be loved is same like an animal. That love in you would make you turn into animal.

Amor deliria nervosa; the deadliest of all deadly things.

How to keep yourself free from the deliria? There was this cure when you were eighteen and ready.

Of course, there were some people who were against it; they demanded everyone had right to love and be loved.

Lena would give anything to give her procedure early. Her mother was the reason. Although the deliria wasn't run in blood, but better safe than sorry.

She fell in love. With an Invalid. One of those people who were against the cure for deliria. His name is Alex.

Beautifully written, let me say it again. The first time I read it, I thought Lena was toneless; that she was somehow like talking in her sleep. Or maybe she was sleeping, even when she said she was awake. But when I re-read it... wow, what did I miss here?

Love: a single word, a wispy thing, a word no bigger than an edge. That's what it is: an edge; a razor. It draws up through the center of your life, cutting everything in two. Before and after. The rest of the world falls away on either side.


And Alex. First, I thought he was a Gary-Stu. Lena said he was gorgeous, nice, had a beautiful smile... perfect which sounded like not perfect to me at all. Then I got to know that he was also scared for both of them. He loved Lena. There were times when I just closed the book, held it to my chest and sighed, wondering if Lena and Alex would be together with time passing quickly.

I didn't regret re-reading it once more.

I love you. Remember. They cannot take it. 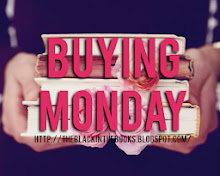 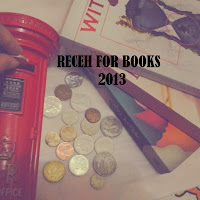